Release and comment on game extractors and other tools here.

semory wrote:btw, the problem with dw9 also affects nioh and fire emblem, so when dw9 is fixed it should fix others as well.

Nice of you to look at DW9 issue. I assume the issue DSX8 was talking about had to do with cloth meshes stretching for no apparent reason? I'm working on making full rigs for Fire Emblem Warriors so being able to work on everyone would be nice.

Speaking of which, can I trouble you to look into that thing I asked of 4 months ago about the Gust line of games? Never heard from you since the whole thing with your mom. I hope she recovered well btw! I am in no way in any rush anymore so take your time. I just havn't heard from you for a loong time so I wanted to respectfully remind I PM'd you the deets a while ago if you missed it, but I made progress since the 4 month wait peroid. Some kind soul helped figure out Nights of Azure 2 for me recently so its been a biig help honestly. Having it supported on the default would simply save me time and effort as I'd no longer have to switch between 3-4 different programs on each step XD while also giving others an easy tool to use. it was a quickBMS script though, and here it is, if it helps.

for Blue Reflections, oddly enough the cloth has the same stretch problems. It be nice if your Dw9 fix would also fix that too. I hope it aint to much work, so I hope the codes help out, and thanks though!
Top

Is impossible that import model into 3ds max with bone and weight?
Top 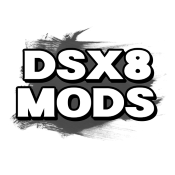 You'll have to use a blender script that was made for the SMC files to import their original bones and rigging, there's nothing out there for 3ds max that I'm aware of.
Top

You'll have to use a blender script that was made for the SMC files to import their original bones and rigging, there's nothing out there for 3ds max that I'm aware of.

Any tutorials that I can learn about how to import the model which unpacked by Steven's Gas Machine with bone and weight? Please!
Top

Congraulation! And May I add your steam friends? Please!
Top

In addition, would you like to research that how to unpack sound and voice flie too?
Top

Not at this time, I just don't have much time anymore. One day I may try to get animations, but that's way off....

Just to specify, this basically fixes the problem you currently get by loading select g1m's that often cause physic meshes to stretch outa whack? Since that currently is a step in the right direction which will help me out with Fire Emblem Warriors extract as well as work on Blue Relfections now.

Well I just tested Dynasty Warriors 9 G1M conversions on it but oddly enough im getting blender python errors on SMCimport. Not to mention while it fixed over 99% of the model, just 1 small piece of it still breaks. Then again I am testing thiso n Blue Reflections.

It breaks only on one object on what I am looking at too, care to look into it while you still can?

Edit 2: Believe or not but your previous version actually extracted it properly, just that "one" thing though. While the rest remains skewed. So you might be missing a check or have a math that throws an error and messes with something on very specific sistuations. Another thing I failed to notice was it also seemed to have failed to import the skeleton. Perhaps the error is preventing it.

The issue seems to stem even farther than that. Its nigh impossible to export out the meshes if using your dynasty 9 g1m which fixes some of the stetching issues. It only exports with just the mesh that is "fixed" or when I try ot brute force out the other mesh, it pretty much loses its form... not to sure why.
Last edited by Kurokairaku on Sat Feb 24, 2018 6:55 am, edited 9 times in total.
Top