Request tools to extract models and other assets from video games. 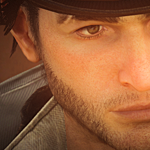 So, like the title says... I was wondering if there is an alternative way to extract UE models from games.

A new version of a chinese MMO (Gunslayer Legend) is out, but the format is different from the beta version and, since the files are encrypted, gildor is not gonna add support anymore.

Plus, I'm worried... because it seems that the new DmC (Devil May Cry) will use Unreal Engine as well. A demo will be out on Nov 20th and 21st (for both consoles) and if its files will be encrypted, gildor won't add any support to it

"Some steps need to be taken alone. It's the only way to really figure out where you need to go and who you need to be."
Top
Post a reply
1 post • Page 1 of 1